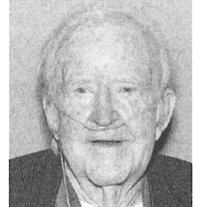 Albert A. (Al) Johnson of Littlefork, MN passed away at Rainy Lake Medical Center on Thursday, September 19, 2019, one week before his ninety-second birthday. Albert was the youngest child of Agustav and Sandra (Stromberg) Johnson. He grew up on a farm in Littlefork and attended school there. He worked on the family farm for several years and developed an interest in flying through Doctor R. D. Hanover. Albert obtained his private pilot license and joined the U.S. Air Force on October 2, 1950. He received training as an A & E Mechanic and Flight Engineer Technician. He was discharged as a Staff Sargent in 1954. Albert flew with Air America in the 1960’s and various commercial airlines over the years. He lived and worked for many years in Japan where he met his wife, Fumi Toyota. They were married on May 24, 1966 at the American Embassy in Tokyo, Japan. After several years in Japan, they returned to the United Stated and lived in Los Angeles. In 1976 they moved to Minnetonka, MN. In addition to flying, Albert bought a liquor store in Hopkins, MN which he eventually sold. Due to health reasons, Albert then moved to Littlefork in October of 2018 to be closer to family. Albert enjoyed golfing, fishing, playing cribbage, reading and watching the Minnesota Twins games. He was a member of an airplane club, Wally’s Flyers, in Crystal, MN and a member of the Experimental Aircraft Association for many years. Albert was preceded in death by his parents, his wife Fumi in 2010, and brothers, Gustav, Erick (Sig), and Leo K. Johnson, and a sister, Ethel Corrin. He is survived by his nephews and nieces, Wilmer (Virginia) Johnson and Edith Novotny of Littlefork, Helen (Ken) Etienne of Florence, AL, Richard (Steve) and Barbara Johnson of Blaine, MN and Robert (Pat) Johnson of Post Falls, Idaho. According to Albert’s wishes there will not be a memorial service. There will be a private family burial at Oakley Cemetery in Littlefork at a later date. The family wishes to thank the staff at the Littlefork Care Center and the Rainy Lake Medical Center for their devoted care.

Albert A. (Al) Johnson of Littlefork, MN passed away at Rainy Lake Medical Center on Thursday, September 19, 2019, one week before his ninety-second birthday. Albert was the youngest child of Agustav and Sandra (Stromberg) Johnson. He grew... View Obituary & Service Information

The family of Albert Adolph Johnson created this Life Tributes page to make it easy to share your memories.

Albert A. (Al) Johnson of Littlefork, MN passed away at Rainy...

Send flowers to the Johnson family.