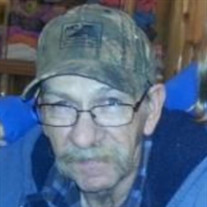 David Allen George, 67, died on Tuesday, September 14, 2021 at Essentia Health- Miller Dwan Building in Duluth, Minnesota. David was born August 10, 1954 to Wilfred (Jake) and Joyce George (Simons) in Mankato, Minnesota. He grew up in McGregor and North Branch before moving to International Falls, MN at age 13. He was united in marriage to Donna Weisz in 1975 and they had three children: Dixie, David (Sonny), and Doug. David liked to hunt, fish, and go camping. He loved his Twins and Vikings and even with the confusion of Dementia, he always knew when they were playing. Throughout the 80’s and 90’s, David played softball and made so many memories for his children with the many out of town camping trips for softball tournaments throughout northern MN and up into Canada. He worked as a truck driver and various other jobs before joining Bildrite where he retired from in 2017 after 25 years. David had a great sense of humor and had a big heart. Family meant so much to him. He will be deeply missed by his children. He was preceded in death by his parents, Wilfred (Jake) and Joyce George; son, Jason Stevenson; mother-in-law, Phyllis Skogstad; father-in-law, Marvin Skogstad; brothers-in-law, Mark, Tim, and Allen Weisz. David is survived by his sons, David and Doug (Krystal) George, of International Falls, MN; daughter, Dixie George, of International Falls; grandchildren, Hailie, Lucas, Hayden, and Douglas George, and Andrew and Gabriella Olson; brothers, Jim (Marilyn) George, Terry (Julie) George; sister, Lynne (Stan) Ferrington; brothers-in-law, Gary (Dorothy) Weisz, Gerald (Jodell) Weisz, and Lloyd Grover; sisters-in-law, Deborah Miller, Vicky Weisz, and Debbie Weisz; and numerous nieces, nephews, aunts, uncles, cousins, and friends. Inurnment with a graveside service will take place Saturday, September 25, 2021 at the Ericsburg Cemetery at 2:00 pm. Food and gathering will take place at his daughter’s home 1314 11th Ave. after the service. His children would like to thank the Good Samaritan Society of International Falls for taking such good care of him these last couple of months, you made him feel so welcomed and treated him so well.

The family of David Allen George created this Life Tributes page to make it easy to share your memories.

Send flowers to the George family.