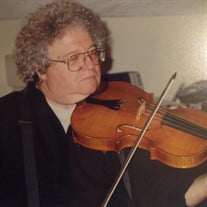 John Andrew Faith Jr. was born in St. Cloud, MN on June 16, 1943, and died at his home on April 9, 2021. His parents were John and Genevieve Faith (Deceased). John was the oldest of 12 children. His brothers and sisters are Peter (Deceased), Anne Marie (Jim Schwankl), Stephen, Janet (Ron Bowman), Tony (Connie), Daniel (Deceased), Andy (Dru), Jerome, Joe (Helen), Mary (Deceased) and Gerard (Sharon) and numerous nieces and nephews. John graduated from high school in Chokio, MN in 1961, served in the U.S. Navy from 1961 until 1965, then graduated from UMM in Morris, MN with a degree in Music Performance in 1970, and later received a Master’s from BSU in Bemidji, MN. He was hired by ISD 361 in International Falls, MN in 1970. While attending UMM, he married Kay Stotesbury from Graceville, MN and daughter Amy was born. They divorced, and John married Lynda Liebe, a 361 Language Arts teacher in 1972. They have lived on Rainy Lake their entire married life. Son Jeremy (Anne), was born in 1979, with daughter, Heather (Josh Wedding) born in 1980, and son Derek (Jade) born in 1981 added in 1986. John is survived by his wife, children, and six grandchildren: Lia and Dominic Wedding, Leo and Milo Wren Faith and Annilese and Victor Faith. He retired in 2003 and started teaching at St. Thomas school in 2004 until 2020. A Celebration of Life is planned at Backus Community Center’s auditorium at 1 p.m. on June 16, 2021, which would be John’s 78th birthday. It will be followed by a light luncheon at Backus’s dining room and plenty of time to chat, starting with a Sangria toast. Any donations could include the Rainy Lake Community Orchestra, Backus Community Center, or the Sunday radio broadcasts from Zion Lutheran Church here in International Falls. All were important to John’s life.

John Andrew Faith Jr. was born in St. Cloud, MN on June 16, 1943, and died at his home on April 9, 2021. His parents were John and Genevieve Faith (Deceased). John was the oldest of 12 children. His brothers and sisters are Peter (Deceased),... View Obituary & Service Information

The family of John Andrew Faith created this Life Tributes page to make it easy to share your memories.

Send flowers to the Faith family.