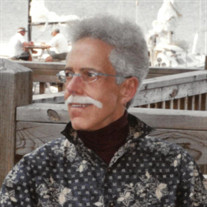 Jack Gilbertson died on Saturday, September 25, 2021 at the Good Samaritan Society in International Falls, Minnesota. Jack was a highly creative, inspirational theatre director, actor, and professor with a brilliant mind. After graduating from Falls High School in 1966, Jack attended the University of North Dakota where he distinguished himself as an actor and graduated with honors in 1970 with a bachelor’s degree in speech and theatre arts. Jack was director of theatre at Ames (Iowa) Senior High School for two years and then entered graduate school at Mankato State University, earning his Master of Arts degree in theatre in 1973. This led to numerous teaching positions. From 1973 to 1977 Jack taught theatre at Mankato State University’s Wilson Campus School where he received high praise for his award-winning play productions. Jack went on to accept a director of theatre position at Rochester Community College from 1977 to 1979 and then continued his career with a three-year teaching fellowship at the nationally renowned School of Theatre at Florida State University. After Florida, Jack taught theatre and directed productions at the University of Northern Iowa (1982-1985). For nine years (1985-1994) Jack was the director of theatre at Lorain College just outside of Cleveland, Ohio. It was in 1994 that Jack returned to his hometown of International Falls and, for 15 years, directed and acted in numerous theatre productions and taught acting, interpersonal communications, film, and English at Rainy River Community College until his retirement in 2009. Audiences may remember Jack’s comic performance in Last of the Red Hot Lovers at RRCC. During his life and career, Jack acted in and directed more than 70 plays. Jack was a vegan, atheist, and firm Democrat. Jack loved his sisters, Gail Owen, Barb Miller, and Maxine Beck, his brother Ron Gilbertson, his special friend Nancy Kelly, his nieces and nephews and remaining special friend, Keith Lundquist. Jack was preceded in death by his parents, John and Dorothy Gilbertson, sisters, Maxine Beck and Barb Miller, and special friend, Nancy Kelly. We all love you Jack and we miss you terribly. At Jack’s request there will be no funeral service. “Thus a mind free from attachment and hatred, always deeply engrossed in high pursuits, not minding the likes and dislikes of the objective world or ups and downs of life, steers through his mission with brave, fearless and undaunted heart, stands like a rock against the waves of the seething ocean of life. He forms a character, firm and bold, not affected by the society he moves in but moulding the latter after his own fashion. He works hard and lives a busy life working miracles all his life, but himself remaining unaffected like a lotus leaf in water. Such persons are called Jiwanmuktas and are free from the worldly bondages even in life, and after death shall be absorbed into the universal spirit no more to be reborn.” From Devatam Shakti by Swami Vishnu Tirtha Maharaj (Murari Fine Art Works: Delhi, India, 1974), p. 37.

The family of John "Jack" L. Gilbertson created this Life Tributes page to make it easy to share your memories.

Send flowers to the Gilbertson family.