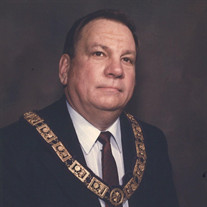 John Nevanen, 85, of International Falls, died July 29, 2019, at Keystone Bluffs Assisted Living in Duluth. He was born on Aug. 24, 1933, in Ely, to Wesley and Dorothy (Casey) Nevanen and grew up in Chisholm. He graduated from Chisholm High School, served in the U.S. Army and graduated from St. Cloud State College. John married Yvonne Sullivan on Nov. 9, 1957, in Hibbing, and they moved to International Falls in 1960 when John began his teaching career. He taught Junior High Civics and Social Studies for 32 years and was also a football coach and Drivers’ Education teacher. He retired in 1992. He was a fixture behind the net for many years as a goal judge for Bronco hockey games. He was an active and loyal member of Elks Lodge #1599 and was a past Exalted Ruler. He enjoyed watching sports, sharing stories, spending time with friends and being with his children, grandchildren and great-grandchildren. John was preceded in death by his wife, Yvonne, in 2018, and his brother and sister-in-law, Jerry and Kathleen “Kay” Nevanen. He is survived by four sons, David (Cathy) of Duluth, Howard (Michelle) of Hastings, Paul (Denise) of International Falls, Brian (Martha) of Eagan; a daughter, Jonelle (Tim) Mellstrom of Windom; 10 grandchildren, Matthew (Anne) Nevanen, Kaari (Patrick) Flannery, Lauren Nevanen, Kate Nevanen, Lucy (Ladd) Corrin, Frank (Anja) Nevanen, Molly Nevanen, Andrew Nevanen, Jack Mellstrom, Lily Mellstrom; and four great-grandchildren, Owen Wilcox, Oliver Nevanen, Eleanor Nevanen and Rowan Flannery. Visitation will be 5PM to 7PM Thursday, Aug. 8, at Green-Larsen Mortuary in International Falls. Celebration of his life with flag presentation will be at 11AM Friday, Aug. 9, at Green-Larsen Mortuary. Memorials preferred to the Falls Education Foundation or the Purple Pride fund. The family thanks the staff at Keystone Bluffs for their kind and caring attention to John’s needs in his final months.

John Nevanen, 85, of International Falls, died July 29, 2019, at Keystone Bluffs Assisted Living in Duluth. He was born on Aug. 24, 1933, in Ely, to Wesley and Dorothy (Casey) Nevanen and grew up in Chisholm. He graduated from Chisholm High... View Obituary & Service Information

The family of John Nevanen created this Life Tributes page to make it easy to share your memories.

Send flowers to the Nevanen family.