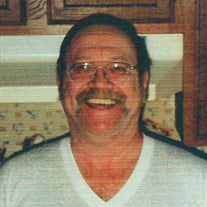 Michael &#8220;Tony&#8221; Kleis Jr., age 69, of French Addition, International Falls, MN, passed away of unexpected causes on Friday, February 1, 2019 at his home with his family by his side Tony was born in International Falls on February... View Obituary & Service Information

The family of Michael "Tony" Kleis Jr. created this Life Tributes page to make it easy to share your memories.

Send flowers to the Kleis family.