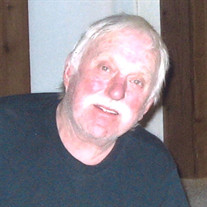 Richard “Dick” Lynn Johnson, 78, International Falls, MN. Passed away January 18, 2020 at his home in International Falls, MN. Dick was born on February 2, 1941 to Sam Johnson and Bernice (Neilson) Johnson. Dick graduated from West Central School of Agriculture in Morris, MN class of 1959. He began a career in dental technology in the Twin Cities, where he owned multiple dental labs, before meeting Catherine “Cathy” Marie (Sauer) Johnson, whom he married on February 14, 1975. In 1976, they pulled their roots from the Twin Cities and moved to International Falls, MN where they founded International Dental Arts. Through the years, Dick and Cathy grew their business, and with their two boys, they enjoyed many days on Rainy Lake along with many vacations, always near the water. He truly enjoyed and loved his work as a master craftsman in dental technology. He was a lifelong outdoorsman who enjoyed boating, fishing, hiking, hunting, snowmobiling, and all the activities Northern Minnesota has to offer. He especially treasured his time with friends, old and new, at the hunting property on the Ash River Trail. He was a member of the Sons of Norway, the Elks, an active member of Faith United Church of Christ, and was a volunteer driver for meals on wheels. Dick was best known for his hunting and fishing ability, sense of humor, sharp wit, and keen story telling. Dick was survived by his daughters Sandra (Chris) Payne of Ramsey, Minnesota, Christine (Clark) Parr of Littleton, Colorado, his sons Eric (Megan Bond) Johnson, and Mikel Johnson of International Falls, MN, his grandsons Zachary Payne, Nicholas Payne, Jacob Parr, and Blake Parr, and his life-long best friend Lester (Bette) Bensch. He was preceded in death by his parents, Sam and Bernice, his wife and business partner Cathy, and his beloved dog, Miko. A memorial service will be conducted at Faith United Church of Christ on Thursday, March 5, 2020 at 1:00 p.m. Memorials would be preferred to Faith United Church of Christ, International Falls, MN, in Richard’s memory.

The family of Richard "Dick" Lynn Johnson created this Life Tributes page to make it easy to share your memories.

Send flowers to the Johnson family.