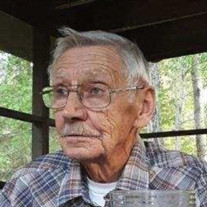 Robert Lee Hagen, 83, of Littlefork, Minnesota, died on Thursday, April 30, 2020 at Rainy Lake Medical Center in International Falls, MN. Robert was born on June 16, 1936 in Eau Claire, WI to parents, Trygve and Olive Hagen. He served in the United States Army from January 1955 to June 1958. Robert was retired from Voyageurs National Park where he worked construction and maintenance for 18 years. First and foremost Dad liked to make people laugh and was good at it! He had all kinds of one-liners and could tell jokes for hours. He loved spending time with his family and many good friends, including his canine buddy, Buffy. Robert liked to fish, hunt, camp, and spent a lot of time at the hunting shack telling jokes with the Skrabas. He loved our mother with all his heart and she misses him dearly. Robert is preceded in death by his parents, Trygve and Olive; sisters, Marian O’Brien, Dorothy Gonzalez; and brother, Philip Weir. He is survived by his wife, Marilee; daughter, Debra Strongman; sons, Stephen (Christine) Hagen, Brad (Candy) Hagen, Gregg Hagen; ten grandchildren; eleven great-grandchildren; one great-great-grandchild; and sister, Beverly (Ray) Lintilla. A Celebration of Life will be conducted at the North Ash Lake Shack on June 13, 2020.

The family of Robert Lee Hagen created this Life Tributes page to make it easy to share your memories.

Send flowers to the Hagen family.