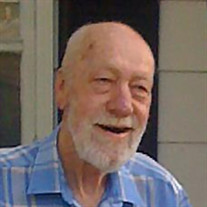 Ronald Leo Winter, 85, International Falls, passed away at his home on Saturday, August 21, 2021. Ron was born in Orr, Minnesota, to Alois and Margaret (Winning) Winter on June 19, 1936. Shortly thereafter, the family moved to Kinmount, Minnesota, and built a two-story log home where Ron attended a one-room school for first grade. When WWII broke out, the children were bussed to Orr School, which Ron attended for the next ten years. In 1951, the family moved to Ranier, Minnesota, where Ron attended Falls High School and graduated in 1954. After high school, Ron enlisted in the U.S. Air Force and served four years in California, Texas, and Japan as an aircraft electrician. Upon discharge, he spent two years at the University of Minnesota. He returned to Ranier, where he secured employment at Boise Cascade paper mill, where he remained as an electrician until his retirement in 1998. On August 18, 1962, Ron was united in marriage to Mary Ann Mongrain at St. Thomas Aquinas Catholic Church in International Falls, where they remained lifelong members. An avid outdoorsman, Ron spent most of his time hunting, trapping, and canoeing in lakes and rivers in Minnesota and Ontario, and particularly loved fishing on Rainy Lake with Mary Ann. Ron was preceded in death by Mary Ann, his wife of 53 years, his oldest son Christopher, and his sister Celine Urbanski. Surviving are: son David (Vicky) Winter of Minneapolis, MN, daughter Stacy (Jason Peterson) Winter of West Lafayette, IN, son Jason Winter of Columbia, MD, and daughter-in-law Sharon Winter of Loveland, CO; grandchildren Nathaniel (Ashley) Winter of Maple Plain, MN, Mathew (Amanda) Winter of Austin, TX, Nicholas (Lauren) Winter of Duluth, MN, and Cameron Avery of West Lafayette, IN; and great-grandchildren Declan Winter and Parker Winter. Ron is also survived by his brothers: Alvin Winter of New Hope, MN, Melvern Winter of Columbia, MO, Loren (Louise) Winter of St. Louis Park, MN, and Darrell (Patricia) Winter of Cushing, MN. On Friday, August 27, at 11:00 a.m., a Rite of Christian Burial will take place at St. Thomas Catholic Cemetery, International Falls, where Ron will be laid to rest with his wife, Mary Ann. A memorial Mass of the Resurrection and celebration of Ron’s life will take place at a later date to be determined by his family.

The family of Ronald Leo Winter created this Life Tributes page to make it easy to share your memories.

Ronald Leo Winter, 85, International Falls, passed away at his...

Send flowers to the Winter family.