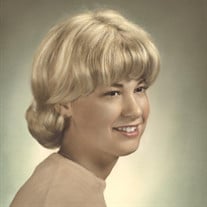 Sharon Kay Lindvall, 72, of Littlefork, Minnesota, passed away peacefully on Friday, November 1, 2019 at Miller Dwan-Essentia in Duluth with Brock, JoDee, Tina and Luke by her side. She was born on September 22, 1947 at Des Moines, Iowa. The former Sharon Kay Brock was united in marriage to Truman Lindvall in February 1970. Sharon was employed at the National Weather Service for many years as well as the Littlefork Times. The first eight years of her life she grew up on a family owned resort called Alberts Bay Lodge in Park Rapids, MN. They later moved to Marshalltown, Iowa where she graduated high school and attended community college for two years. She later attended Bemidji State where she graduated with a biology degree and met her husband Truman. In her earlier years she loved the outdoors; skiing, fishing, camping and spending time at the cabin on Lake Kabetogama. Shortly after Sharon married Truman they moved out to the farm in Meadowbrook, just outside of Littlefork where she enjoyed raising pigs, chickens, turkeys and also had a beautiful garden. She enjoyed bird watching and being a sky warn weather watcher for the National Weather Service. She was always up for a good laugh and with her, there was “never a dull moment.” She loved her family and always loved to hear how her two grandchildren were doing. She will be missed by many. She was preceded in death by parents, Birmah and Bruce Brock; brother, Kenny and sister-in-law, Phyllis Brock; and husband, Truman Lindvall. Survivors include son, Brock (JoDee) Lindvall; daughter, Tina (Luke) Schumacher; grandchildren, Sam and Eli Schumacher. A graveside service will be held on Thursday, November 7, 2019 at 1:00 pm at the Lindford Cemetery on the Bigfork River. A celebration of life will be held immediately following the committal service at the Littlefork VFW Club.

Sharon Kay Lindvall, 72, of Littlefork, Minnesota, passed away peacefully on Friday, November 1, 2019 at Miller Dwan-Essentia in Duluth with Brock, JoDee, Tina and Luke by her side. She was born on September 22, 1947 at Des Moines, Iowa. The... View Obituary & Service Information

The family of Sharon Kay Lindvall created this Life Tributes page to make it easy to share your memories.

Send flowers to the Lindvall family.