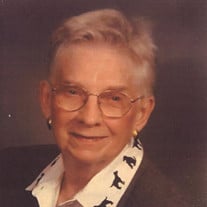 Beloved mother, grandmother, and great-grandmother, Shirley Kathleen Shull Kocinski (SKSK) was called home peacefully in the morning hours of Sunday, Dec. 29, 2019, at the age of 98. She was born April 29, 1921, in Coleraine, Minn., to Harold and Ella Shull. The family lived in Nashwauk, Minn., before moving to the Falls in her early years. She graduated from Falls High School in 1939 and was a proud and active member of “Class of 39” until her passing. During World War II years, she worked with a security clearance in the Twin Cities installing bombsites in airplanes. In 1946, Shirley married returning army veteran Frank Kocinski. Together they raised four children, Franshull (Steve), Ladd (Onida), Charlaine (Dwayne) and Charles (Lynn). She was predeceased by her husband, Frank (1982) and her only sibling, Harold Eugene Shull (Ladd). Shirley treasured her extended family and all the activities at her house at the lake. Family was first and foremost on her mind and she was always ready for a trip, anywhere! She traveled numerous places around the globe. She was an active member of many groups both socially and civically. She enjoyed early morning swim group, art club, quilting friends, papermakers breakfast, Aquilo League, bridge club, First Lutheran Choir, Eastern Star, decades on the recreation board, and her devoted faith to First Lutheran Church. There was never a dull moment, the car was always on the road headed for some gathering. She worked at Dr. Frederick Walter's office and then at Boise Cascade until she retired in 1986. She was proud of her work at the mill and enjoyed her “work family” of papermakers. Scheduling stories are infamous. Left to mourn her passing are her children; five grandchildren - Heather Pihulak, Stephen Collins (Ann), Mathew Collins, Brandon Kocinski and Emily Seidl (Chris); 10 great-grandchildren - Addyson and Avery Kasprik, Chloe and Lauren Collins, Madelyn and Morgan Collins, Sophie and Christian Kocinski, Gabriel and Charles Seidl; and numerous friends and extended family. Services will be conducted at 1 p.m. Friday, June 5, 2020, at First Lutheran Church, International Falls. In lieu of flowers, Shirley chose First Lutheran Choir Group or Falls Public Library for memorials in her memory.

Beloved mother, grandmother, and great-grandmother, Shirley Kathleen Shull Kocinski (SKSK) was called home peacefully in the morning hours of Sunday, Dec. 29, 2019, at the age of 98. She was born April 29, 1921, in Coleraine, Minn., to Harold... View Obituary & Service Information

The family of Shirley Kathleen Kocinski created this Life Tributes page to make it easy to share your memories.

Send flowers to the Kocinski family.