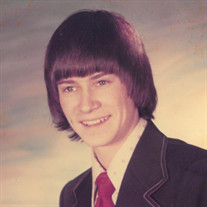 Thomas Melvin Charlton, 64, passed away peacefully on December 16th, 2020, at the Littlefork Care Center. Tom was born to Beatrice and Kenneth Charlton on January 30th, 1956 in Baudette, MN. Tom’s childhood years were spent in International Falls, but later moved to East Grand Forks, MN where he graduated high school in 1974. Right after high school, Tom found his niche in carpentry and tape & texturing, which is what he did for a career his whole life. He was known for his excellent skills in taping and texturing, as he has done work from Warroad, MN to International Falls, MN. Tom married Kathy Senti in 1982, and together they had two children, Benjamin Thomas Charlton and Laura Lee Charlton. When Tom wasn’t spending time with his kids, he was working or at the ball field playing softball or horseshoes with his buddies. He was also known to play a few games of pool and have a few cold ones. Tom spent a lot of time with his best friend and cousin, Jerry Baldwin, along with his boys Chad, Jared and Jace. Him and Laura spent a lot of time on Facebook catching up with the Baldwin boys and their hockey adventures. Tom’s passion was to be riding his motorcycle. He was a lover of Harley Davidson and could tell if it was a Harley coming down the road from a mile away just by the way it sounded. He was also a lover of classic cars and has been to many classic car shows. He could tell you what any model of old car or truck was. Some of his other hobbies included carving diamond willow walking sticks and little furniture pieces. He was a lover of the outdoors and him and Ben spent countless hours in the woods. This summer, Ben bought an old farmstead in Roosevelt, MN so Tom was able to spend countless hours with him fixing up the old barn and giving “expert” advice to Ben on how things should be done. Tom and Ben had a very special father and son bond that was so loving and supportive. Tom loved spending time with his special grand-pup Ellie Mae. In February, Tom moved to Littlefork, MN so he could be closer to his daughter Laura. They spent many hours driving the back roads of Littlefork and looking for deer in the fields, along with jamming out to good old classic rock music. Tom’s pride and joy were his kids. There wasn’t a day that he didn’t get to see or talk to his kids. He will be missed dearly by them. Tom is survived by his son, Benjamin Charlton of Roosevelt, Mn, and his daughter, Laura Charlton of Ranier, Mn. Sisters: Barb (Clarence) Hasbargen of Birchdale, Mn; Cecelia Charlton of Williams, Mn; Deb Noel of Minneapolis, MN; and Kathleen Charlton of Baudette, MN. Tom took pride in all of his nieces and nephews: Tracy (Derek) Cook, Jennifer (Patrick) Hoppenstedt, Zach (Kristi) Hasbargen, Jake (Jill) Hasbargen, Clinton (Melissa) Hasbargen, Chrissy (Jason) Draper, Cyndi (Nathan) Heibel, Mike (Benjamin) Hullerus, Bob (Sarah) Hull, Pete (Jen) DeBenedet, Will (Tanya) Charlton and Tim DeBenedet. He is proceeded in death by: Parents, Kenneth and Beatrice (Bestrom) Charlton; brother Michael Eugene Charlton; and nieces Anna Marie Hasbargen and Cary Michelle Hull. There will be a memorial service in memory of Thomas in the Summer of 2021. Tom will be remembered for his big heart and his willingness to help anyone. Cards and Memorials can be mailed to: Benjamin Charlton 9559 County Rd 8 NW Roosevelt, MN 56673

The family of Thomas Melvin Charlton created this Life Tributes page to make it easy to share your memories.

Send flowers to the Charlton family.