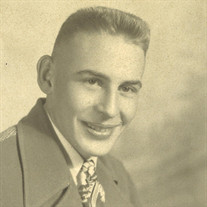 William “Bill” Fairchild of Littlefork, Minnesota, passed away at his home of 88 years on Sunday, December 1st, 2019 surrounded by family. Bill leaves behind a wife of 62 years, Lou Ann Merkling Fairchild; sons, Bill (Tammy) Fairchild, and Mike (Steph) Fairchild; four beloved granddaughters, Alli, Megan, Hope, and Emily; brother, Dan Scott; brother-in-law, Richard Merkling; sister-in-law, Rosemary Anderson; and nieces, nephews, and cousins. He is preceded in death by his infant daughter, Theresa Ann; grandparents, Bertha and Julius Johnson; mother, Stella Scott; father, Ted Fairchild; brother-in-law, Marvin Merkling; uncle, Leo Johnson; and aunts, Opal Manilla and Lois Lovett. He was born and raised in Littlefork and graduated from Littlefork High School in 1949. Bill was proud to have spent his life in the home that his grandparents settled in 1910. He served in the United States Marine Corps from 1952 to 1954 and was an atomic veteran. Upon returning to Littlefork, he had a variety of occupations including logging and later spent thirty years with the Koochiching County Highway Department. Bill was united in marriage to Lou Ann Merkling in 1957 and had three children, Bill Theresa (deceased), and Mike. He enjoyed gardening, following Minnesota sports, and most of all spending time with his granddaughters. Two of Bill’s unfulfilled dreams were to see the Minnesota Vikings win a Super Bowl and to see a woman become president, which probably stemmed from having all granddaughters. Per his wishes, no formal service will be held and interment will take place at a later date in Oakley Cemetery, Littlefork.

The family of William "Bill" Edgar Fairchild created this Life Tributes page to make it easy to share your memories.

Send flowers to the Fairchild family.